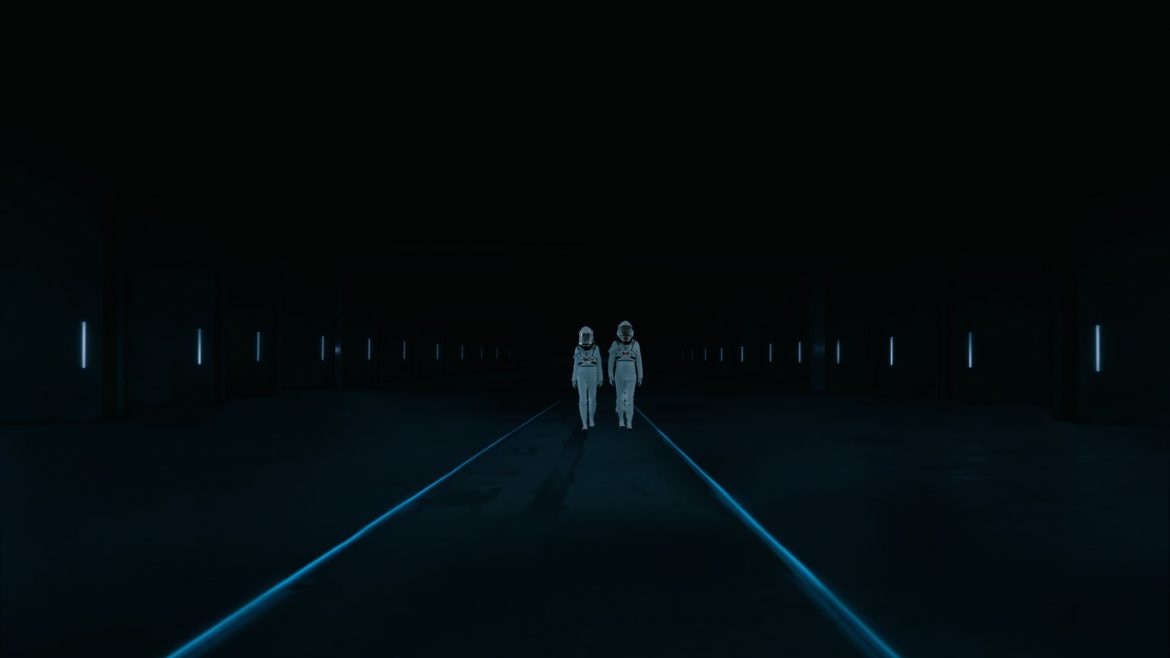 FMV games are always bringing in some fresh ideas, and the best part here is that you can have real people interact in games. But the great thing here is that they also end up making a cool story, and The Complex is an excellent example in this regard. This game as a whole is straightforward and fun to go through, but it does have some great twists and turns.

The main idea in The Complex is that you are dealing with a bioattack in London, and two scientists are locked down in a laboratory. The air is running out, so you need to find a way to deal with that as quickly as possible. The fact that the overall story is interactive is what makes it great. You have a very suspenseful experience, and the gameplay is only getting better and better as you go along. 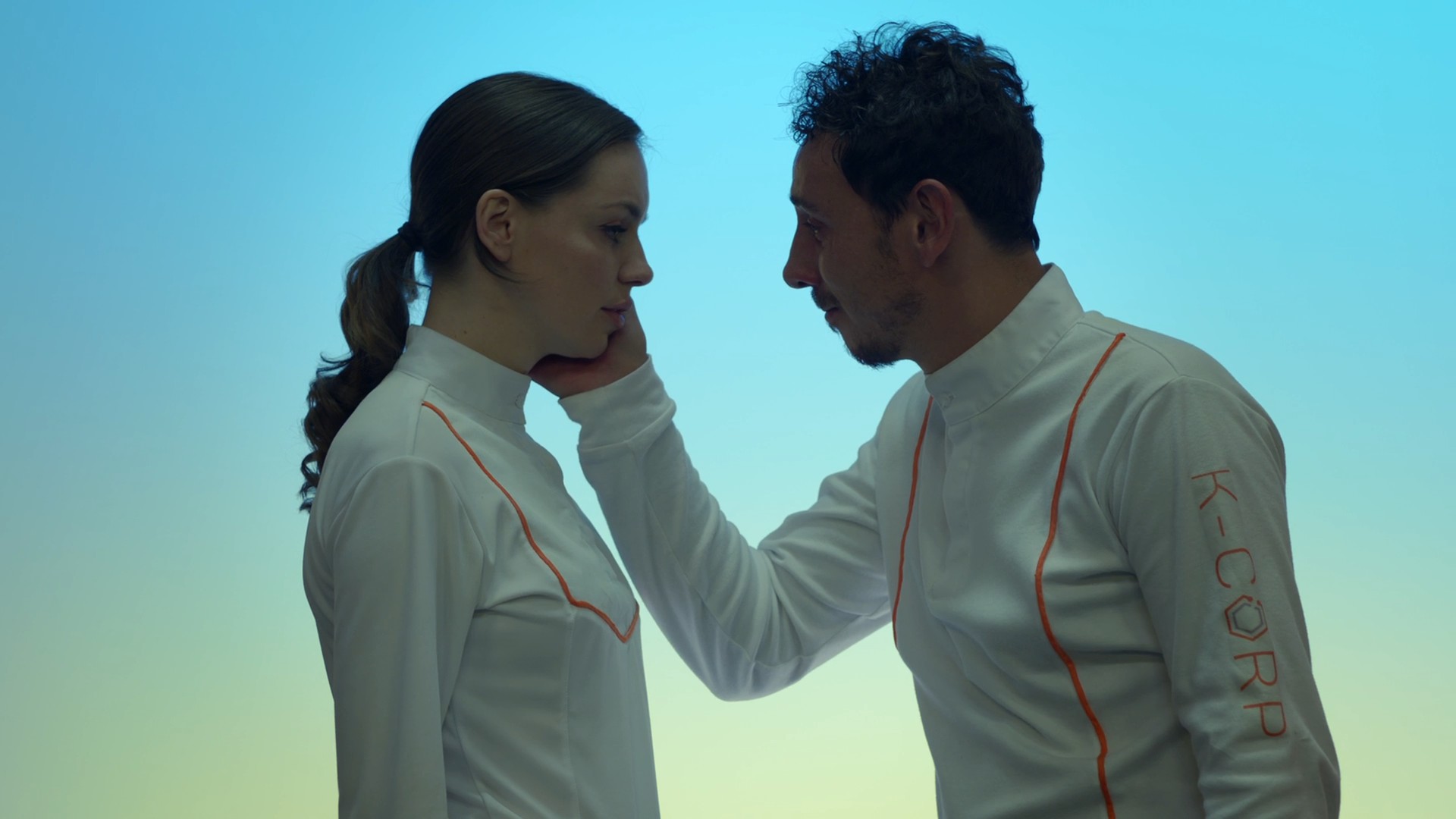 Since you have a lot of decisions, you never really know what the outcome can be. And that’s the main focus of The Complex, to make you try and immerse yourself into one of the suspenseful endings. Since there are eight endings to go through, you can easily replay and try out all kinds of choices. The game itself is designed with a lot of focus on the mystery. And yes, it can take a little while until you can uncover every mystery there, which can become a significant challenge very fast.

When it comes to the gameplay itself, The Complex is pretty much straightforward. The idea behind FMV games is that they are indeed some interactive movies. So you’re watching the story unfold, and you get to explore all kinds of stuff. It’s fascinating and fun, and they do make the experience very immersive and rewarding.
One thing that catches your eye is the fact that you have a relationship tracking system.

Everything in this game is based on interaction, so according to what you’re doing, you can easily make your relationships better, or you can end up making them worse. The relationship scores are all calculated based on what you do, and that really makes the gameplay more and more interesting than ever before, which is what you actually want in a game like this.

Aside from that, they are also tracking personality. The approach they used here is friendly because you can see whether you were neurotic, agreeable, extravert, conscientious, open and so on. Having these things in mind can make a huge difference, and that’s what makes The Complex such an exciting game in the first place. A lot of people love this kind of idea because it’s exciting and different. And it all shows that you need to paly the game a few times until you get the hang of everything. But that’s what makes it so good, the fact that it has fair replay value. 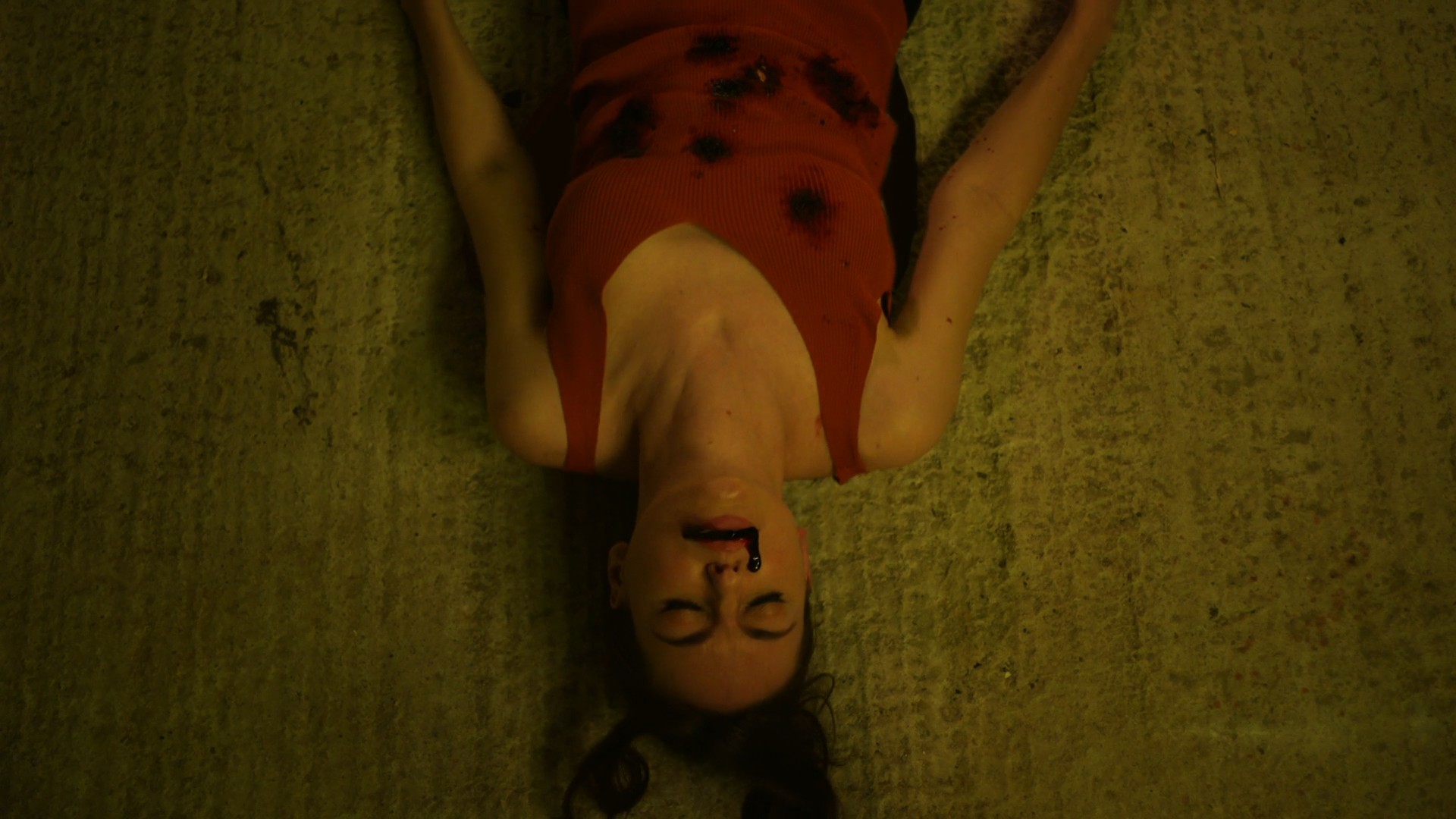 Moreover, the live-action approach is nicely made here. The Complex feels like a movie, one where you can end up making your own decisions. It’s a nice change of pace when compared to regular games, and in the end, it’s just something to cherish and enjoy all the time. With that in mind, it’s important to note that the actors do an outstanding job, and they know how to add a great personality to the characters.

That’s why we found the game to be so useful and exciting. It’s rewarding and fun, while also allowing you to showcase the character in question the way you always wanted. It is one of those experiences that you will enjoy, especially if you are the type of person passionate about mysteries as well as twists and turns. There’s a lot of that in the game, which is what makes it so enticing and rewarding in the first place. 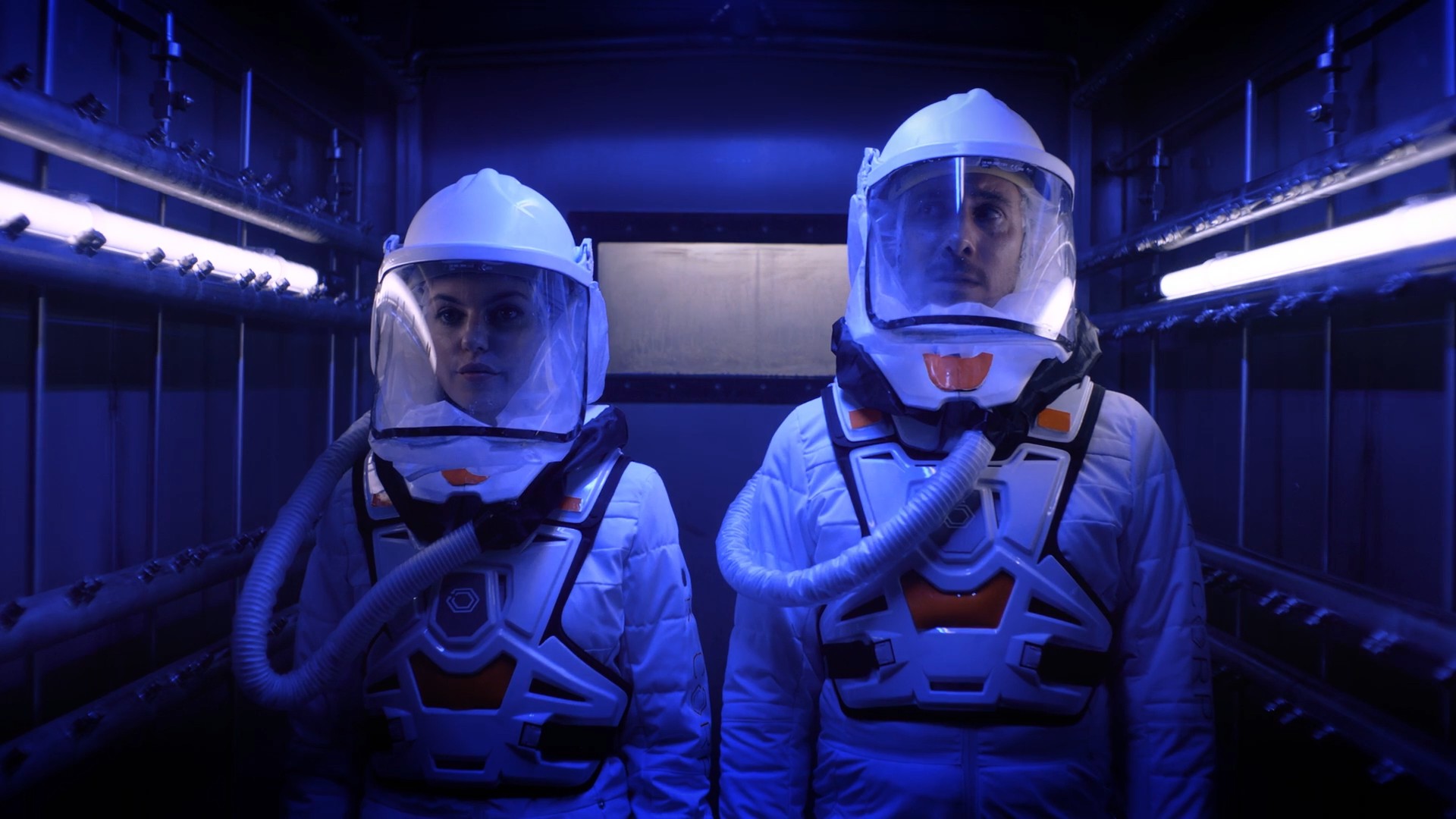 Even if you stream the game, you can still pause the game and ask the audience what you can do. So it’s an imposing title with a lot of new functions. You rarely get such tasks in a regular game, which is what makes The Complex such an impressive title for you to try out. Of course, it will get a bit of getting used to, mainly if you never played FMV games.

Yet it’s the replay value that will get you back. There are eight endings, so that means you have a vast range of choices that you can make in this game. And based on that you can go again and again to try out all kinds of different things. If you like this kind of stuff, you will find yourself immersed in playing, repeatedly, all the time. You do need to test it out and give it a try if possible, and the results can still be fascinating, no matter the situation.

An exciting thing is appearing as soon as you want to play, and that’s unlockable features. That’s quite interesting and different, the main reason behind it is so much exciting stuff you can check out. They have a hidden event, personality assessments, as well as the option to skip a scene. It’s very stylized, and despite that you still have all sorts of stuff to unlock and try out. Little things like this can make a significant difference, and that’s why it makes sense to test it out and give it a try for yourself. 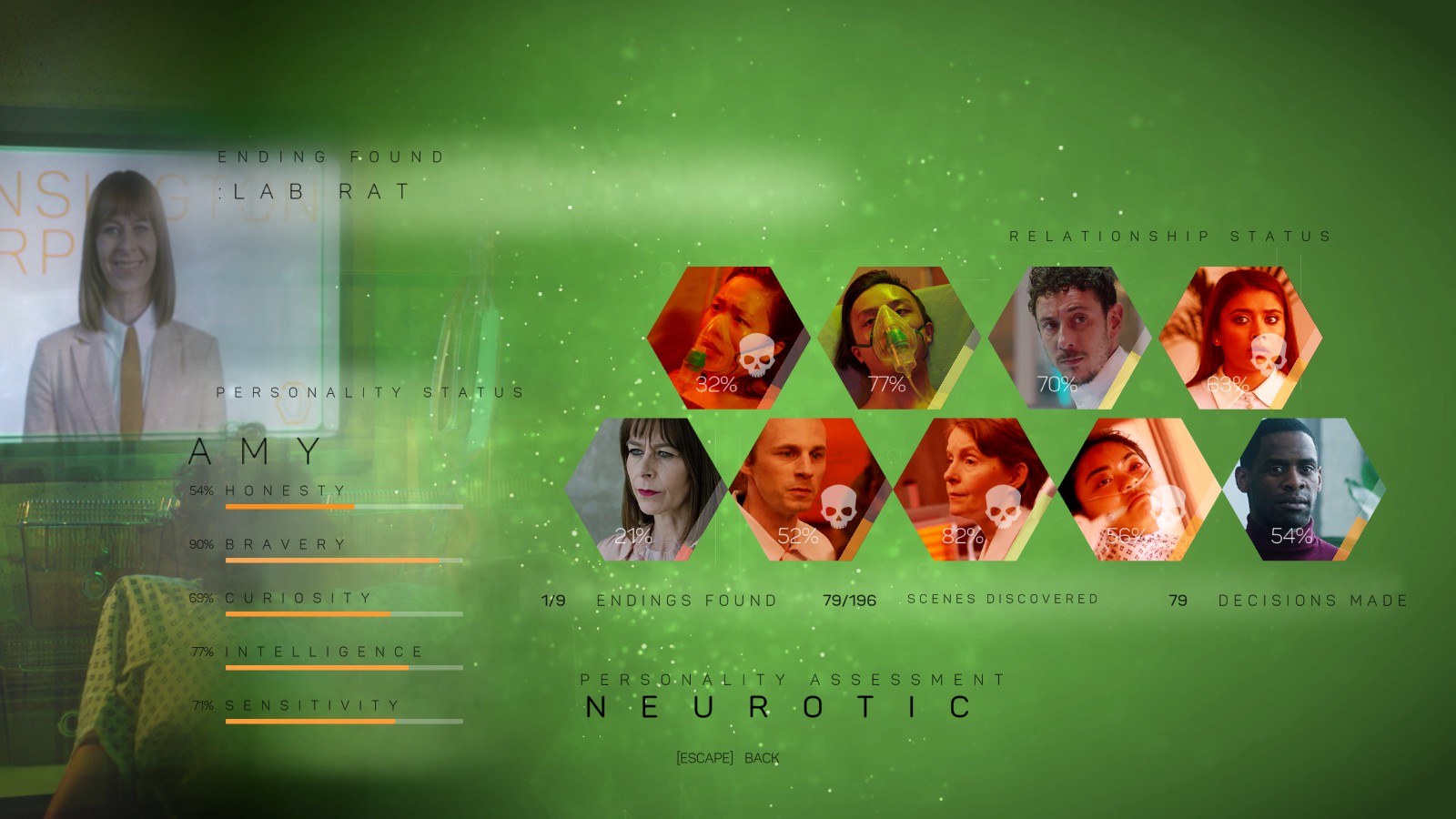 The Complex is an exciting game, one of the best FMV titles released in recent years. It’s a lot of fun to play, the story is good, and you will find yourself always trying to enjoy something new and have fun for a change. The fact that you can replay this game all the time also makes it unique, and there’s plenty of stuff to try out and enjoy. All you need is to give it a shot, and you will find yourself replaying the story many times so you can find something new!

This review is based on the PC version of the game.