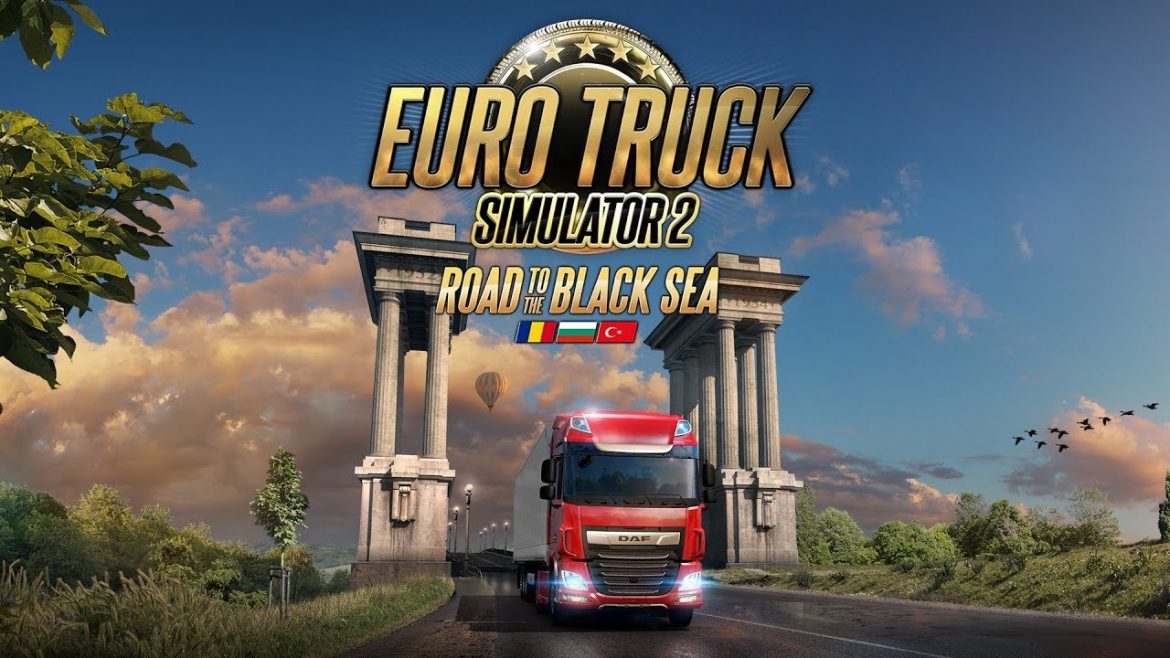 Euro Truck Simulator 2 – Road to the Black Sea is the latest expansion to the tabled Euro Truck Simulator 2 game and it continues to impress with the large array of content provided here. It’s the 6th large map DLC for the series and it’s actually one of the largest. It does come with its pros and cons, but then again having more content in a game you really love is what you will cherish the most.

Euro Truck Simulator 2 – Road to the Black Sea offers you a unique region of Europe that was available in a few mods. But the fact that they have an official expansion does bring in some great experiences, and the results on their own are great because of that. They have around 10.000 kilometers of roads to drive on, and that on its own is a very interesting thing. You have România, the European part of Turkey and Bulgaria to explore, so there’s quite a lot of content. 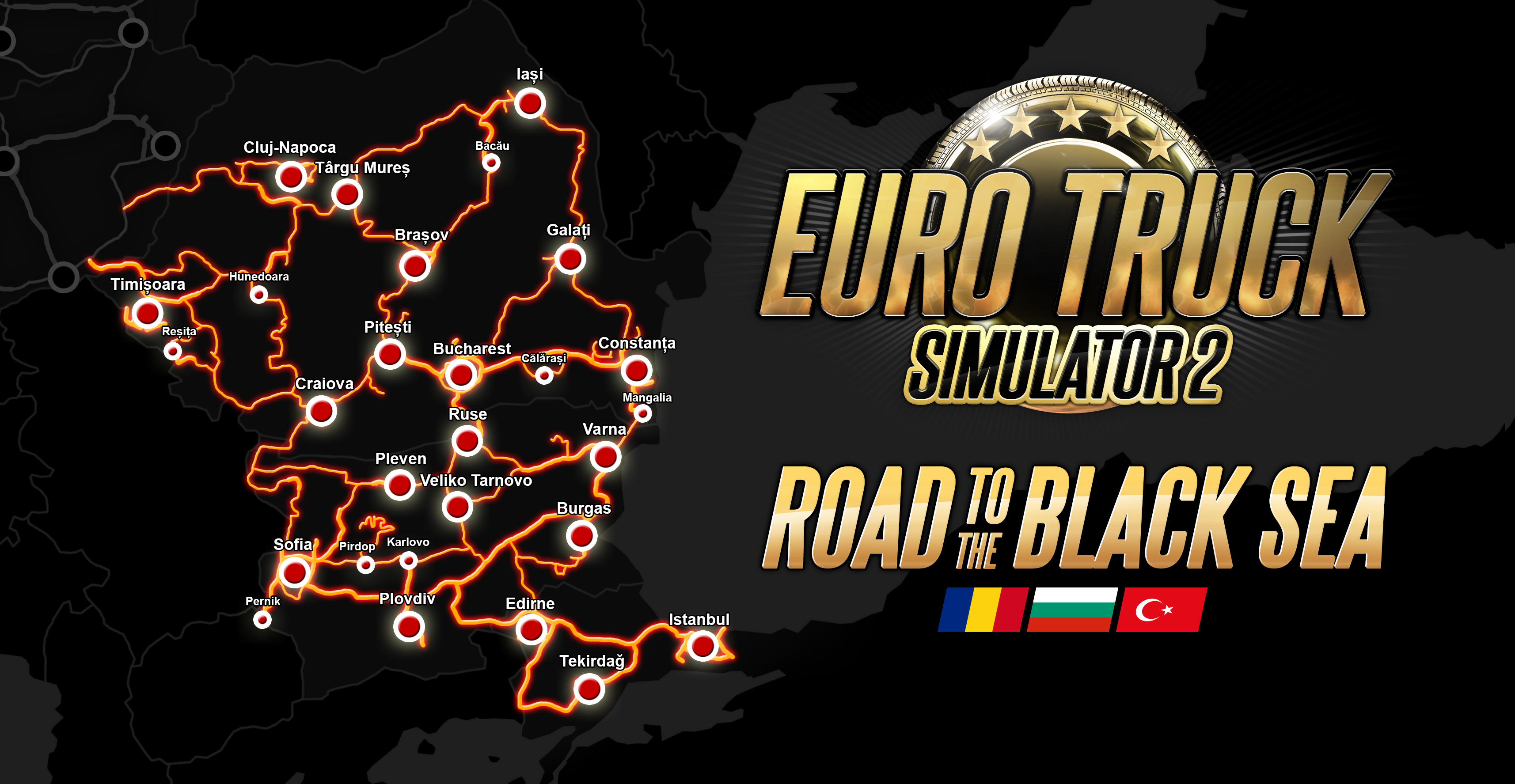 Aside from that, they added 11 new company docks and industries. So they do a very good job at expanding on the current content by making it more rewarding and appealing at the same time. It’s nice to see this type of additions because they are exciting and a pleasure to see inside the game. To make things even better, they are covering around 20 major cities and smaller towns.

This is where things are divisive. A lot of people started to say that the expansion covers only landmarks and some things like the Apuseni mountains in România are not included at all. So while the region is covered rather well, they did miss on some stuff. Then again, you have to realize this is just a game, there will be some realistic stuff and some fictional stuff in there too. It obviously wasn’t possible to add the entire country in the game for each one of the 3 countries.

But what they added is great and it definitely adds in to deliver a very good experience. The main focus is, as we mentioned earlier, to include some of the larger cities and some smaller ones too. The fact that there are some recognizable places does make the experience more interesting and there’s definitely a lot of value to be had through that. It’s all up to you and you will be the one to choose the approach and the overall results. 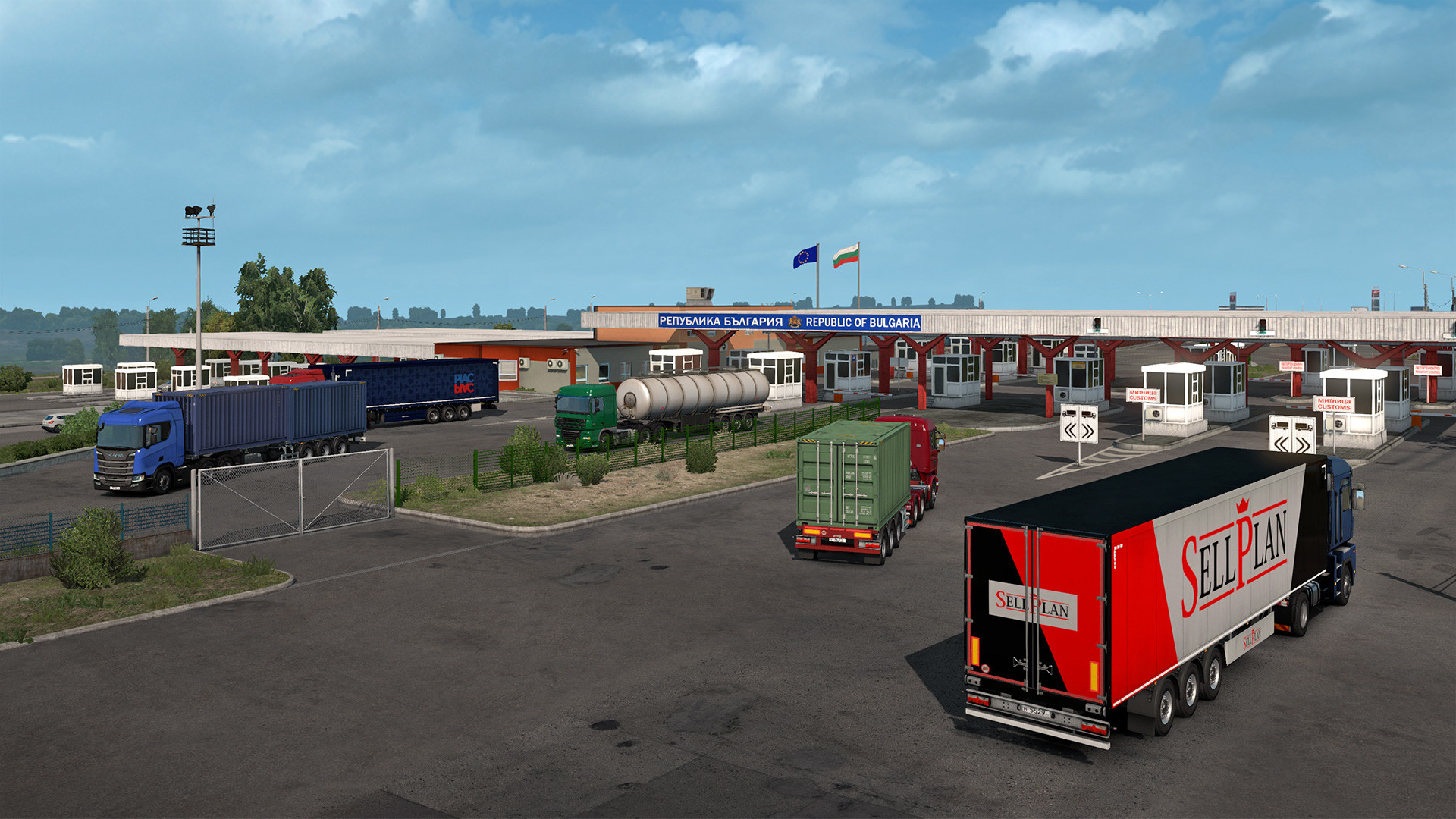 The scenery is great, they did a very good job at showing off the great parts of these countries and you will appreciate the uniqueness of the locations. Granted, it’s not 100% accurate, but it’s a great way for you to boost your transport business to other regions. And that’s the cool thing, the fact that you actively have the opportunity to do such a thing and explore locations you would not be able to see otherwise. That says a lot about the quality provided in the game and just how immersive and unique this game can really be more often than not.

Architectural details are up to par with the things you would expect. The thing to keep in mind is that the scale of this DLC is bigger than some of the previous ones, hence the price hike. Obviously this left some people unhappy, but in the end it shows that you are getting plenty of value and quality for the money, which is what you really want from something like this.
It’s nice that they added even the smaller details like border controls and border crossing. It may not seem like a lot, but it does bring in front some nifty ideas and the experience itself can be very impressive and unique at the same time. 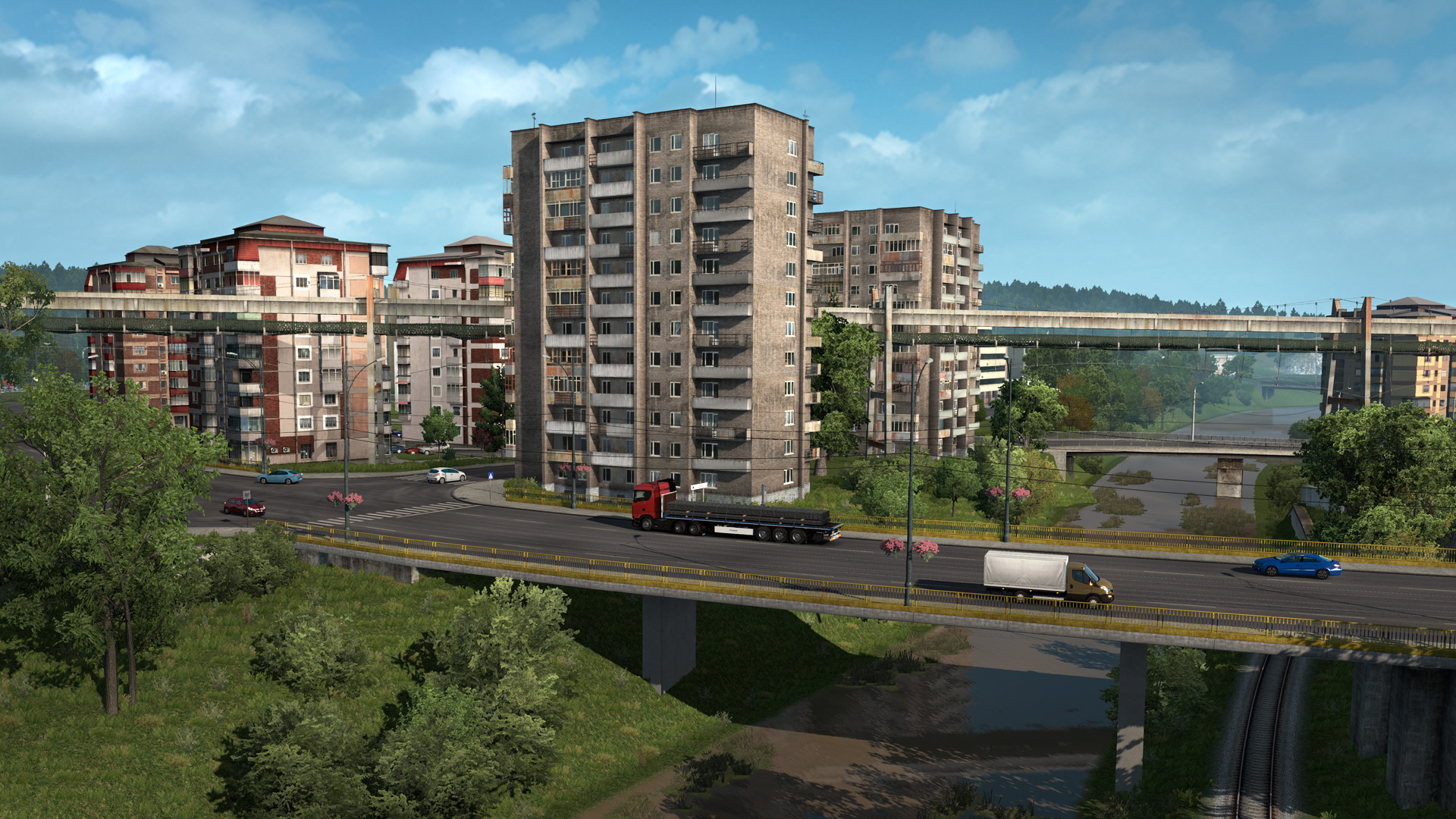 Also, they went fully local with the traffic cars, trams and AI trains. A lot of detail went into making the experience as comprehensive and detailed as it could be. Obviously they can’t recreate an entire country, let alone 3 of them. But while some cities are missing, the details that are there are unique and very exciting. There are a lot of new 3D assets that really add up to provide you with a great experience and that clearly says a lot about the process and how everything works in here.
To make things even better, Euro Truck Simulator 2 – Road to the Black Sea does cover regional details and they also have horse carts for the countryside. It’s the small details that make such an experience worthwhile, and you will like that for sure.

As we mentioned already, the visuals are great and the experience is very fluid. There are some bugs here and there, but nothing unfixable. To make things even better, Euro Truck Simulator 2 – Road to the Black Sea has a very realistic sound set too. All this stuff shows they worked hard to keep the experience authentic and fun, which is what you really need in the end.

Is it worth it? 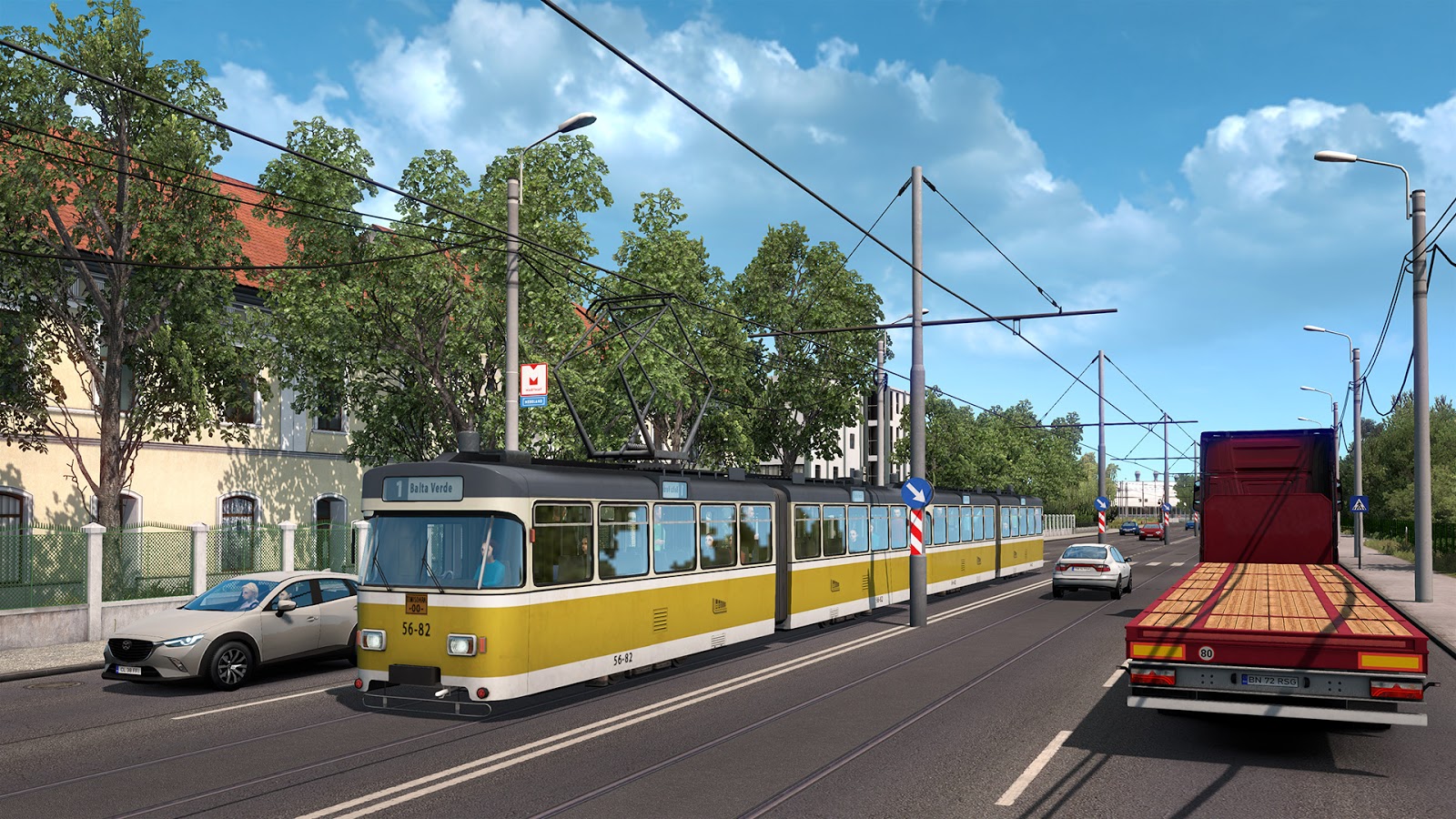 For the most part, the DLC is full of details and features that you really want to have and see in something like this. It’s not perfect, nor does it want to be. But it has everything you want and it will totally deliver on its promise. So you may want to test it out for yourself, it’s well worth the money if you already played most of the other DLC and want something new.

This review is based on the PC version of the game. A review copy was provided to us by SCS Software.