Become the ultimate chef! Take control of a highly polished, realistic kitchen equipped with all kinds of utensils and stands. Unlock and master over 60 recipes or use dozens of lifelike ingredients to cook everything you like. All spiced up with a dash of real-life physics!

You must have come across a thousand games based on the art of culinary on the internet. But trust me they are just a reflection of what’s it like to cook scrumptious food. They are more like a puzzle game that require following instructions dot to dot rather than undergoing the actual cooking process. To make the whole experience more lifelike, Big Cheese Studio came up with the Cooking Simulator. Except for a few hiccups, this game is the best one out there that actually allows you to cook. How cool is that, right?

What is Cooking Simulator about?

Cooking Simulator is a messy, chaotic yet surprisingly funny game that tests your cooking skills on a professional level. The end goal of this super cool game is not rocket science, you just have to serve a hot dish to hungry punters waiting for food. Sounds simple enough, doesn’t it? But don’t go making judgments just yet. Though the Cooking Simulator requires you to cook simple recipes yet, the limited time crunch makes it difficult for players to finish mundane tasks like chopping vegetables, seasoning the meat and cooking thoroughly all the more challenging. Many would find this game humorous by watching players attempting to portray themselves as hotshot chefs without the required dexterity.

The initial stages of the game are quite simple. Players are provided with a list of ingredients which they have to utilize to put together a delicious meal in a limited time set. But, as the game progresses the level of difficulty increases as well. On advanced stages of the game, the players find it difficult to complete the task according to the set standards. And they have to do all this while being able to manage the chaos that usually goes about in a professional kitchen. Players have to deal with broken dishes, exploding gas canisters and much more without breaking a sweat because the time stops for no one. But all the hard work does pay off when you are rewarded with good XP points at the end of the game.

Although the game has wonderful graphics with challenging tasks yet, the game in itself is not as engaging as the developers meant it to be. If you are a perfectionist, you may get frustrated when unable to complete the task because of some random chaos. Chopping, blending and frying is no doubt a fun task but the hassle of putting out metaphoric and real fires can remind you of Hell’s Kitchen. 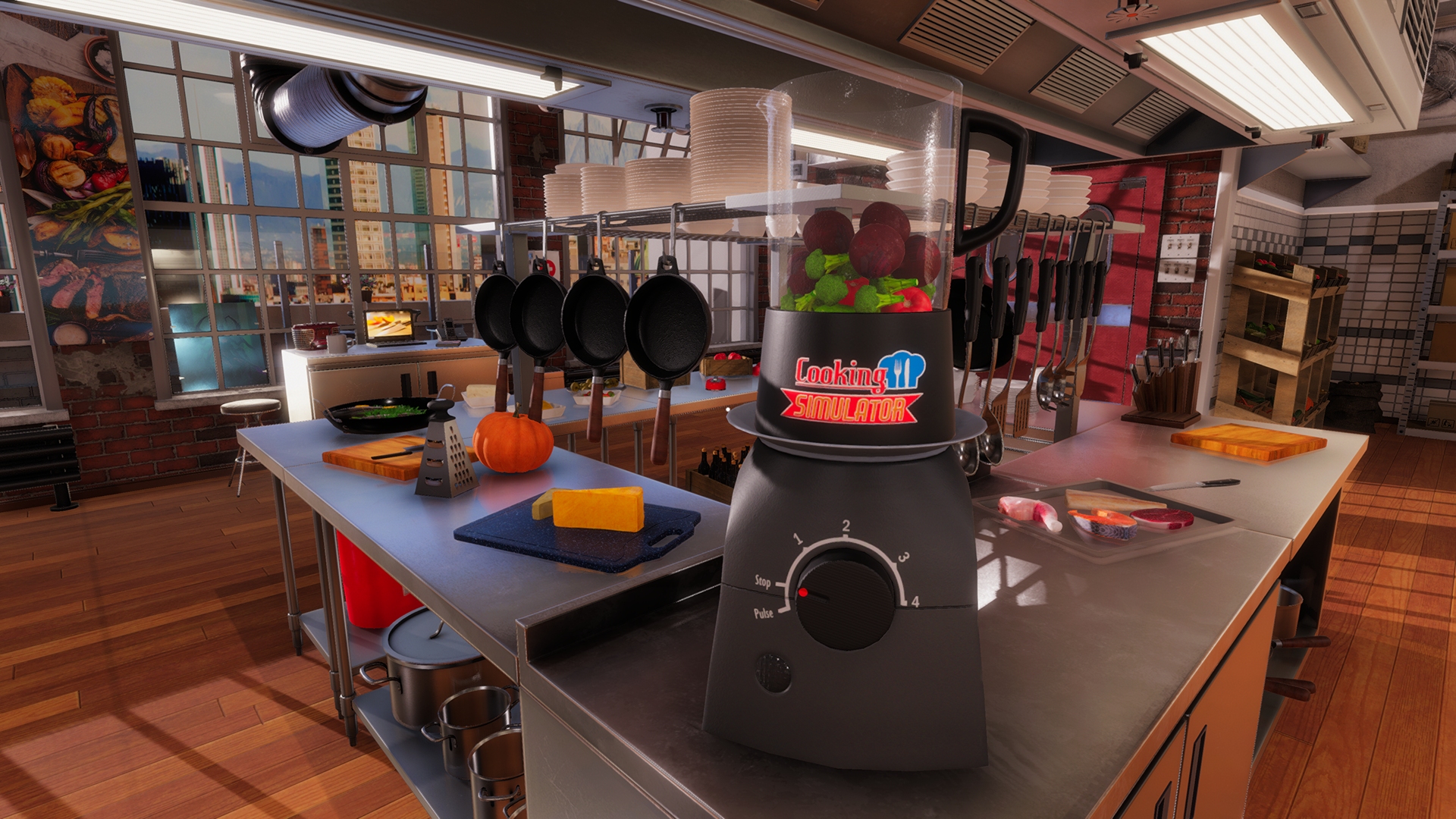 What makes Cooking Simulator unique is the fact that this game does bring in a lot of variety with its cooking prowess. The idea here is that you have immediate access to all the equipment needed by a chef. Ovens, gas stands, cookers and griddles, all of these are at your disposal and they will be a lot of fun to use all the time. The cooking utensils work like in real life, they add in quite a lot of variety and you will be free to use them the way you want.

The movement and overall handling does need some work. It’s very similar in many ways with the Surgeon Simulator, but this is something completely different. So they had to work a bit more on that, but unfortunately you don’t get the right accuracy that you would normally need with cooking. It’s a bit better, especially when it comes to using the knife, but for the most part you will get used to it very fast. 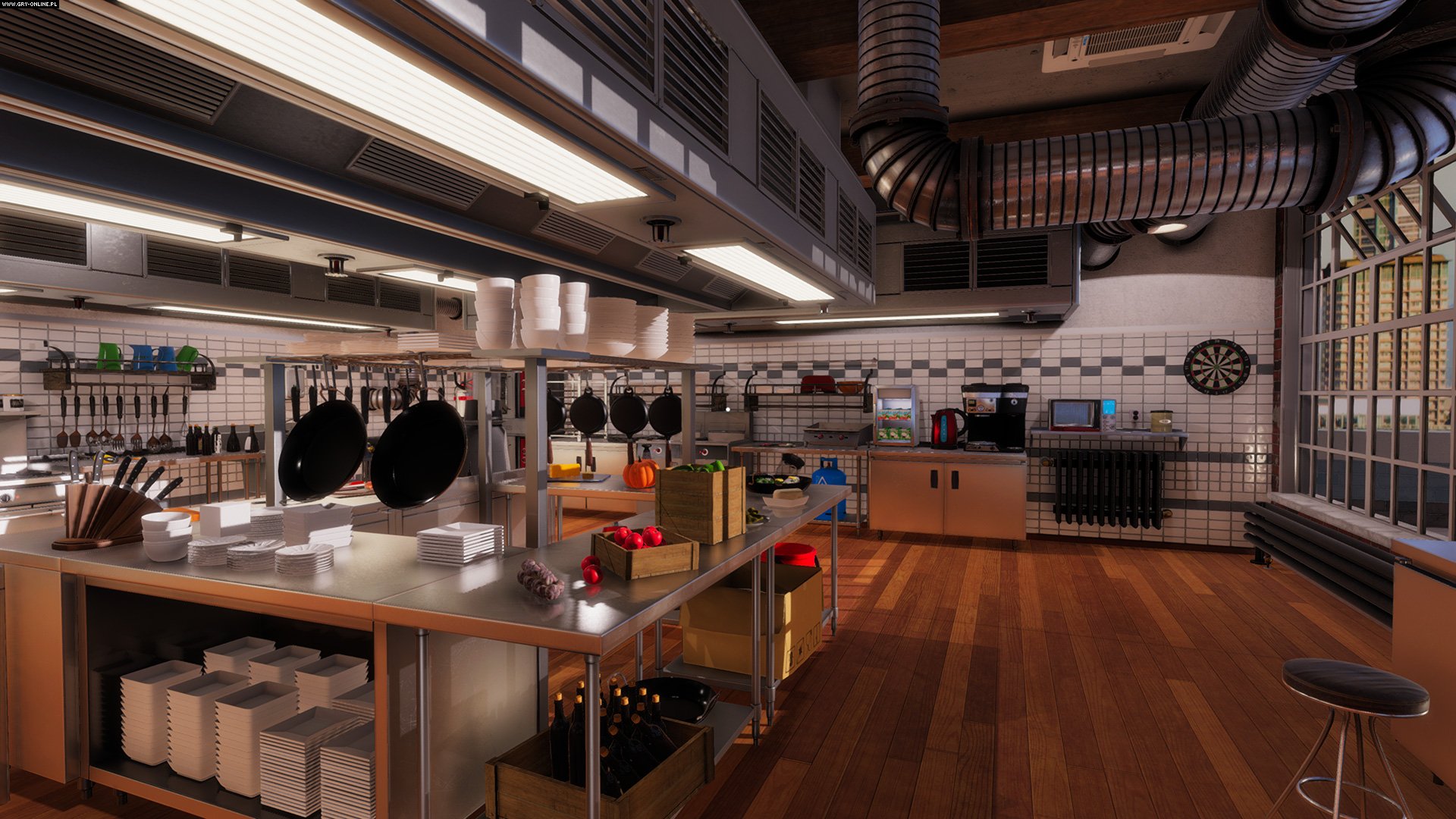 Numerous recipes to try out

The main advantage with a game like Cooking Simulator is that you always end up trying something new. And there are plenty of recipes to try out in the game too. Some of them are simple, others are actually very difficult and full of challenges. That variety is what really makes Cooking Simulator a very intense and fun game. You still get to try out all kinds of stuff, and you can see whether you are actually good at that or not.

Cooking Simulator also has a levelling system. This works hand in hand with the idea behind this game, which is to gain fame for both you and your restaurant. Doing that is the main focus in the game and it will become a major mission as soon as you engage it. That doesn’t mean things will be really easy to do right off the bat. The game is designed to be a bit difficult, but as you expand your reach and become better, you can unlock skills and perks all the time. 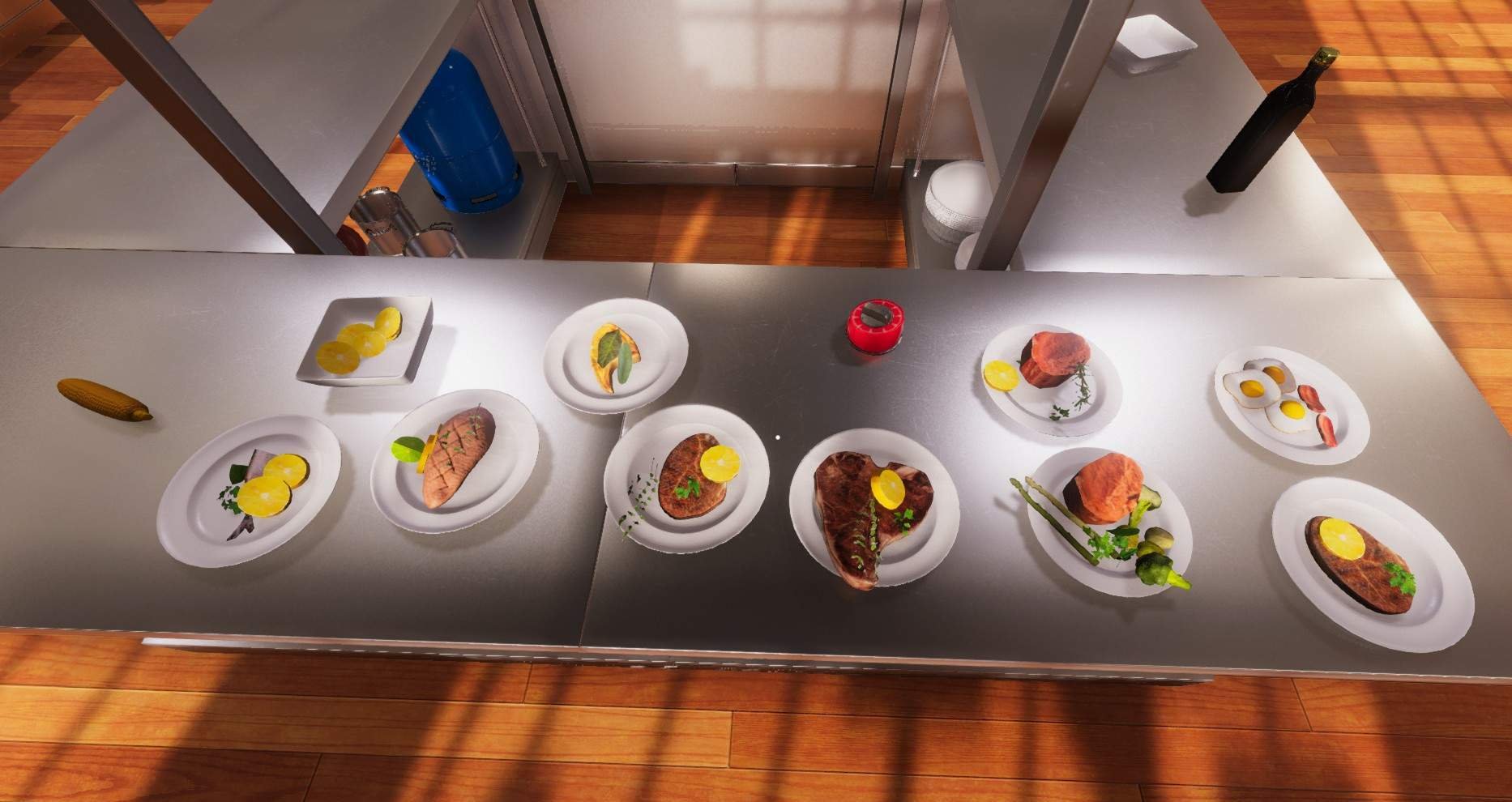 With Cooking Simulator you can also access a dedicated sandbox mode. The regular missions can be a bit too much at times, and that’s why you may want something to chill out and relax. That’s where Cooking Simulator shines actually, it delivers a pristine and quite fun sandbox with a lot of different features and creative ideas to boot. Here you can try out the game physics, experiment with recipes and just go wild if you want that.

It’s not the best idea to try out the Cooking Simulator right away, as it might be too dangerous to do that before you know the rules. But for the most part Cooking Simulator’s missions will guide you and prepare for a situation where you actually want to try stuff on your own.

All in all, Cooking Simulator is an outstanding game that evokes creativity in its player. It encourages its players to think outside the box and finish the task with their very own signature twist. It allows players to experience common-sense rules of cooking. Cooking Simulator highlights the facts that meat gives off fat and oil while cooking which can be later used to flavor other ingredients. It encourages you to experiment how ingredients interact and how the same thing can taste differently when cooked on a griddle, in a pan or in the fryer. Furthermore, the game takes its time to teach you it’s mechanics that are quite helpful. The best thing about this game is that it compels me to experiment in my real kitchen, no matter how badly I performed in my virtual one.

This review is based on the PC version of the game. A review copy was provided to us by PlayWay S.A.