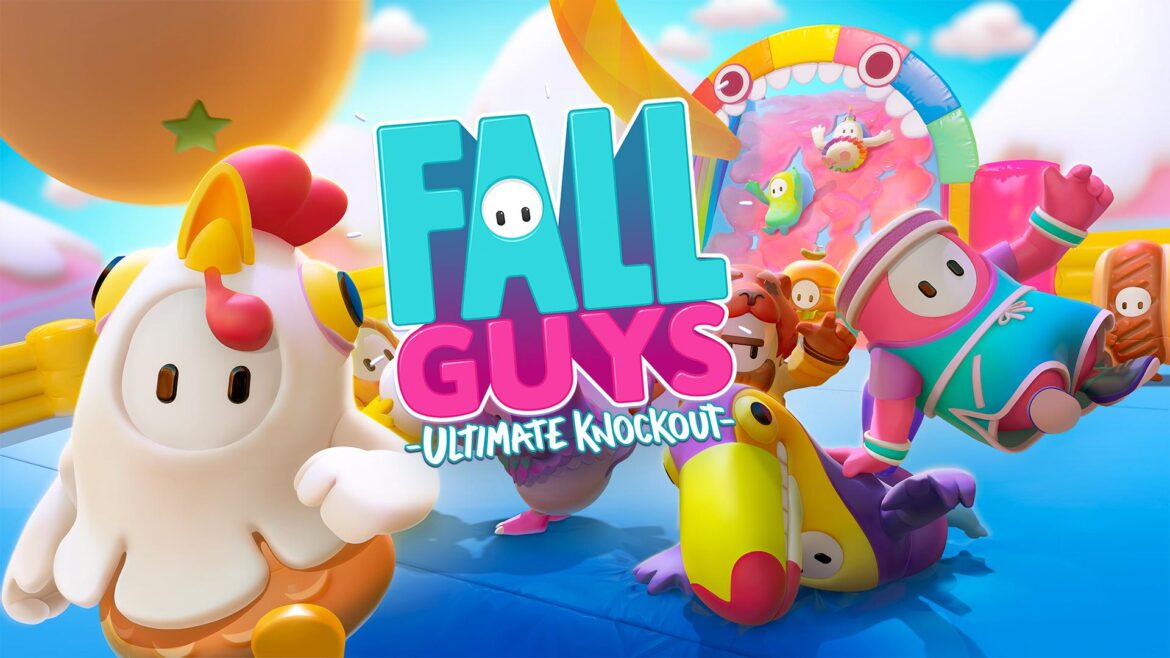 There’s something to be said about the magic of board games. Whether it is getting together with friends and family for some good old fashioned fun or the sometimes complex and compelling concepts these diversions offer, board games are, in so many ways, the perfect template for some great video game experiences. Perhaps that’s why the party game genre has exploded in popularity in recent years.

While most people think about Mario Party when they consider multiplayer party games on consoles and PCs, that’s far from the only series out there. That said, it is hard to shake off the board game or Mario Party influence when you’re attempting to do your own thing in this genre, but we think that developer Mediatonic has done an outstanding job capturing the magic, feel, and good times of both classic board games and Mario Party-style titles with its latest release, Fall Guys: Ultimate Knockout.

Fall Guys is an absolutely massive multiplayer game for up to 60 players at one time that pits gamers against one another in rounds of minigame-style madness until one person comes out on top. For those gamers familiar with the above-mentioned Mario Party series, none of this is anything new. But for those of us not familiar with the party game format it works somewhat like a carnival’s skills games and diversions.

Basically, each task revolves around something simple to complete and the mechanics of each round are simple – so simple you can pick them up without much of a tutorial and even while playing. The chaotic, unpracticed nature of this underscores the free-for-all vibe with which the devs imbued this game.

While it might seem somewhat frustrating to get thrown into a new game type with each round, this kind of action keeps gamers on their toes and makes for an incredibly chaotic, haphazard experience. In other words, the fact that no one really knows what it is going on makes this title loads of fun. We can imagine this sentiment will die a little the better and more familiar players get with the games on offer here, but there’s no denying the incredibly compelling feeling you get just starting out.

And with 60 players in each game, you will have plenty of random strangers joining you from time to time on online games. The random chance element combined with the general chaos of the game itself results in hours upon hours of fun gameplay.

We’ll start with the contest itself. Since you will be competing against so many other players, the avatars in this game are customizable to better enable you to distinguish one from another. There are even some bonus Half-Life-inspired outfits for early adopters on Steam. While character creation is a purely aesthetic process with absolutely no bearing on gameplay whatsoever, it is an incredibly robust and deep as well as letting you stand out in your own way. In many ways, the title feels like a battle royale game in this regard.

Given the massive audience of players that each round commands plus an abundant offering of customization options, and you have systems that are right at home in any battle royale-style title. Obviously, this game is not a battle royale game but it does borrow enough from that genre that you can notice little things here and there. Honestly, it’s pretty smart when you think about it.

Battle royale is not only the current golden child of gaming but also it is a genre that is specifically well-suited to the kinds of chaos that Fall Guys revels in and amplifies. Not only that, but it also results in some unintentionally hilarious moments. Fall Guys never takes itself too seriously and this shows in its graphics and the way the character avatars interact with one another. It has a kind of Looney Tunes zaniness to it all that makes it both charming and disarming.

Not everything is a competition, either, as Fall Guys put you in some scenarios where you have to cooperate (often with complete strangers) to accomplish some kind of goal or task. As you can imagine, with very little knowledge about who your teammates are or what you’ll even be doing, cooperation is more of an aspirational thing and a comedy of errors is more likely to dominate rounds of gameplay – at least until everyone gets their water wings.

That brings us to one of the only real complaints about Fall Guys: The learning curve is quite steep for a game that wants people to somewhat intuitively navigate their way across the board. What this translates into is a lot of chance and fluke wins and that can be really, really frustrating (especially for the competitive among us). But, honestly, you probably shouldn’t take this game that seriously. It is meant to be fun and, more specifically, fun with a crowd. At this it succeeds and it does so with a sort of panache and confidence of style that you would expect out of Nintendo. In other words, this game is polished to a mirror shine. 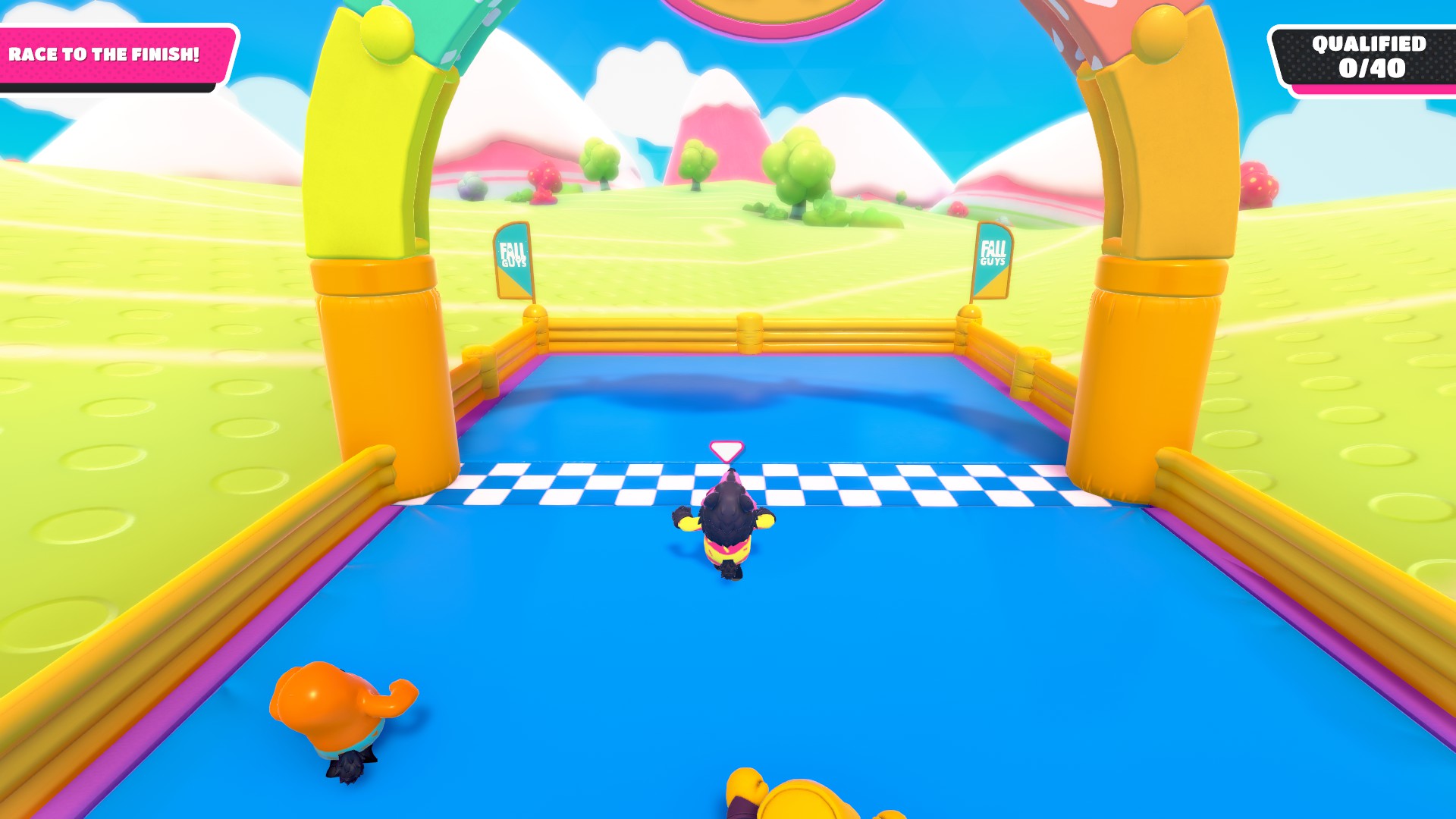 Outside of core gameplay and presentation, everything else is as you would expect it to be. Controls are responsive and intuitive to a point and the music, as well as graphics, never falter for even a minute. There’s a real feeling of quality and substance here that tends to be missing in many party games. While not the depth of experience that an RPG might give you, Fall Guys is a guaranteed good time.

Where it really shines, however, is when you play online or with other people you know. As a social game, Fall Guys becomes something else when other people are added into the mix. We can only imagine that things will get that much more intense – and fun – once gamers get into the swing of things and start mastering what Fall Guys has to offer. If you enjoy high-quality board-game-style titles, then Fall Guys is a definite pickup for you.

This review is based on the PC version of the game.