Welcome to "Beehive State" Utah. Visit the great Salt Lake City, tourist-favorite Moab or historic St. George cities and see how rich the local architecture and lifestyle are. Venture into crude-oil digging sites in remote areas away from the urban noise and enjoy the challenges hauling crude oil has...

American Truck Simulator – Utah is an interesting addition to the American Truck Simulator game, and it further expands our reach with some incredible new places. While American Truck Simulator is very similar to its European counterpart, the game does try to show off the beauty but also the challenges that come from being a truck driver in the US.
And obviously Utah is one of those places that really set the boundaries when it comes to challenges. Going through canyons and a plethora of cities is very interesting and it breathes some fresh air into the ETS2 and ATS formula. They actually worked really hard to provide something iconic and fun at the same time.

With the American Truck Simulator – Utah expansion you are getting 3500 miles of road network and 10 major cities. Since we are in Utah, you get to have Moab, Salt Lake City, St George and many other places like that. It’s interesting to have all of this provided here, and the coolest concept is that the environments are quite different when compared to other locations here. It’s an iconic approach and one that has the potential to do wonders if you want to tackle it in a very professional and dependable manner.

They obviously had to integrate 12 amazing truck stops that everyone knows, and for the most part they know exactly what to bring to the table and what we expect from them. The landmarks like the Virgin River Canyon and the Monument Valley or Great Salt Lake are all there, which is obviously very important for someone that wants to play the game to begin with. On top of that, they worked really hard to include 260+ man made and natural landmarks.

While this is a game about trucking, it’s also a game about exploration, so it does make quite a lot of sense to try out visiting all these locations and checking out some of the most popular places in the US. They do a very good job from a graphical standpoint. You don’t have the visual fidelity of other games, but for what the SCS Software series got to accomplish with the other games, it’s pretty good. Hopefully one of the other DLCs will actually expand on this and actually bring in even more value from a graphical standpoint.

Of course, they aren’t bringing us only the locations. We do have some new industries to deal with. And some of the industries were expanded too, which is exactly what you want to keep in mind here. Since we are talking about Utah, we are obviously seeing lots and lots of coal mines, which is an important sight here. We can also go to the Kennecott Copper Mine which is widely known all over Utah for being one of the largest mines in the US.

On top of that, they also expanded the oil industry a lot, which we actually found to be a very good thing. You have oil storage and oil mining sites too. and they put a lot of focus on the agriculture production chain, more specifically feedmills and country stores too, which is a good thing. Having more industries is always fun and interesting, and you have a lot of cool ideas and options to pursue every time with this game. That’s why you really want to try it out and give it a shot, because it’s so iconic and different at the same time.

They added a better landscape creation process too, focused on realism. Which is great for us, because we can explore new locations and worlds while also offering some rewarding ideas and unique options for you to explore. There are achievements too, something that we did expect. If you finished the old achievements you can test your skills out with the new ones, and they are pretty impressive honestly. 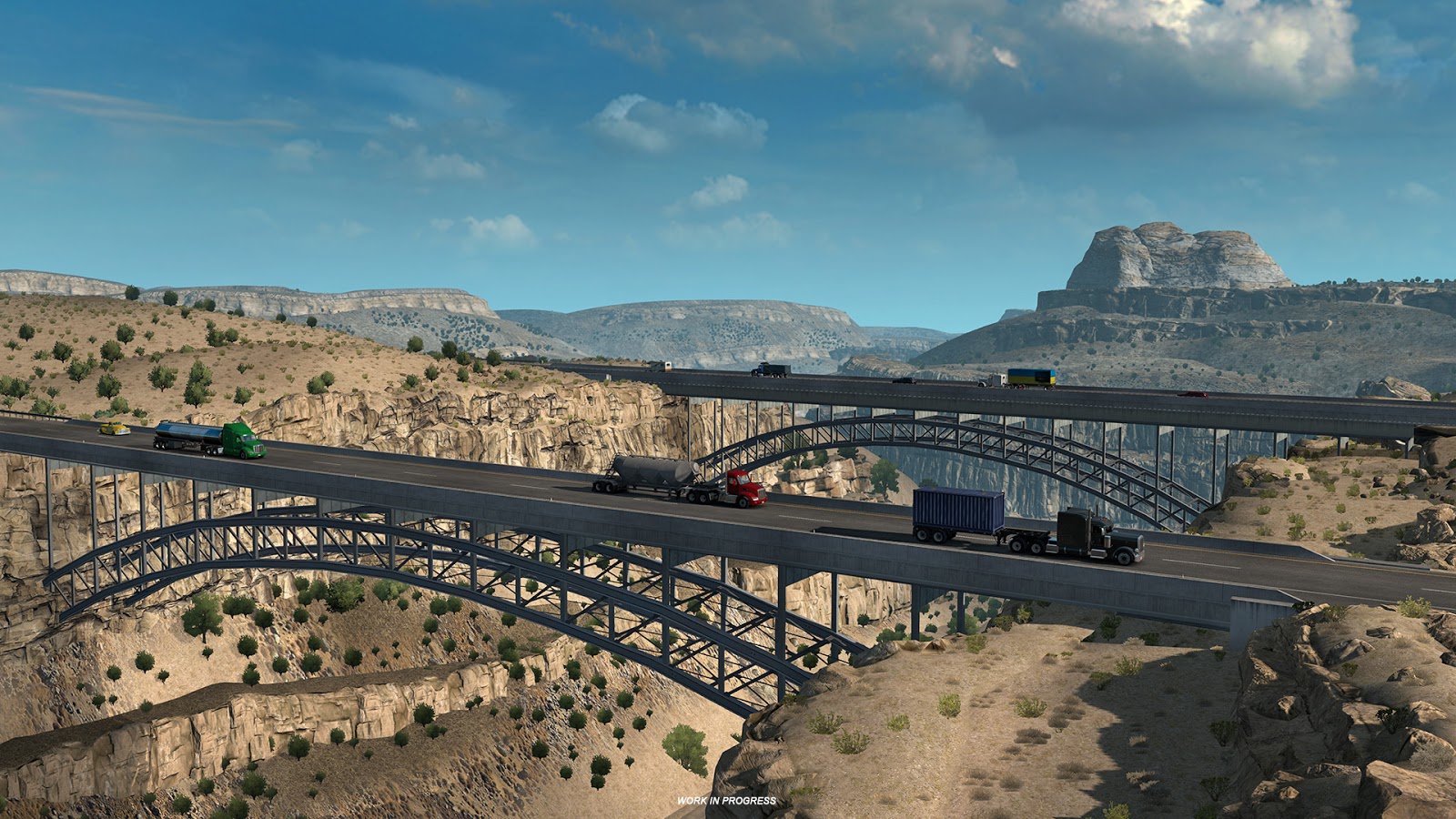 How does the game experience change?

Obviously when you play this kind of game, you do expect some sort of changes from the new DLC. American Truck Simulator – Utah doesn’t really change the core mechanics at all. The idea with this DLC is to expand the game and make it more interesting, by adding more variety. And from this standpoint they do a very good job. The experience itself is staggering and they don’t really push things too much. Instead, you get to enjoy more of the same.

But there are some nuanced changes in here that we found to be rather spectacular more often than not. The main one is obviously the overall quality of the new locations. You also have new places to visit, new companies to work with. And yes, there are also new cargo types that you can play with too. All these little things help enhance the game experience and they make it a lot better. That doesn’t mean it will be perfect, but at the end of the day it’s a very exciting premise and something that you do want to think about as much as possible here.

Having the option to focus on hauling oil and other types of products is exciting, and while there are challenges related to that, it’s still good and certainly a lot more different than you would think. While American Truck Simulator – Utah does deliver more of the same, it’s the chance of scenery and new locations that really make it stand out on its own. 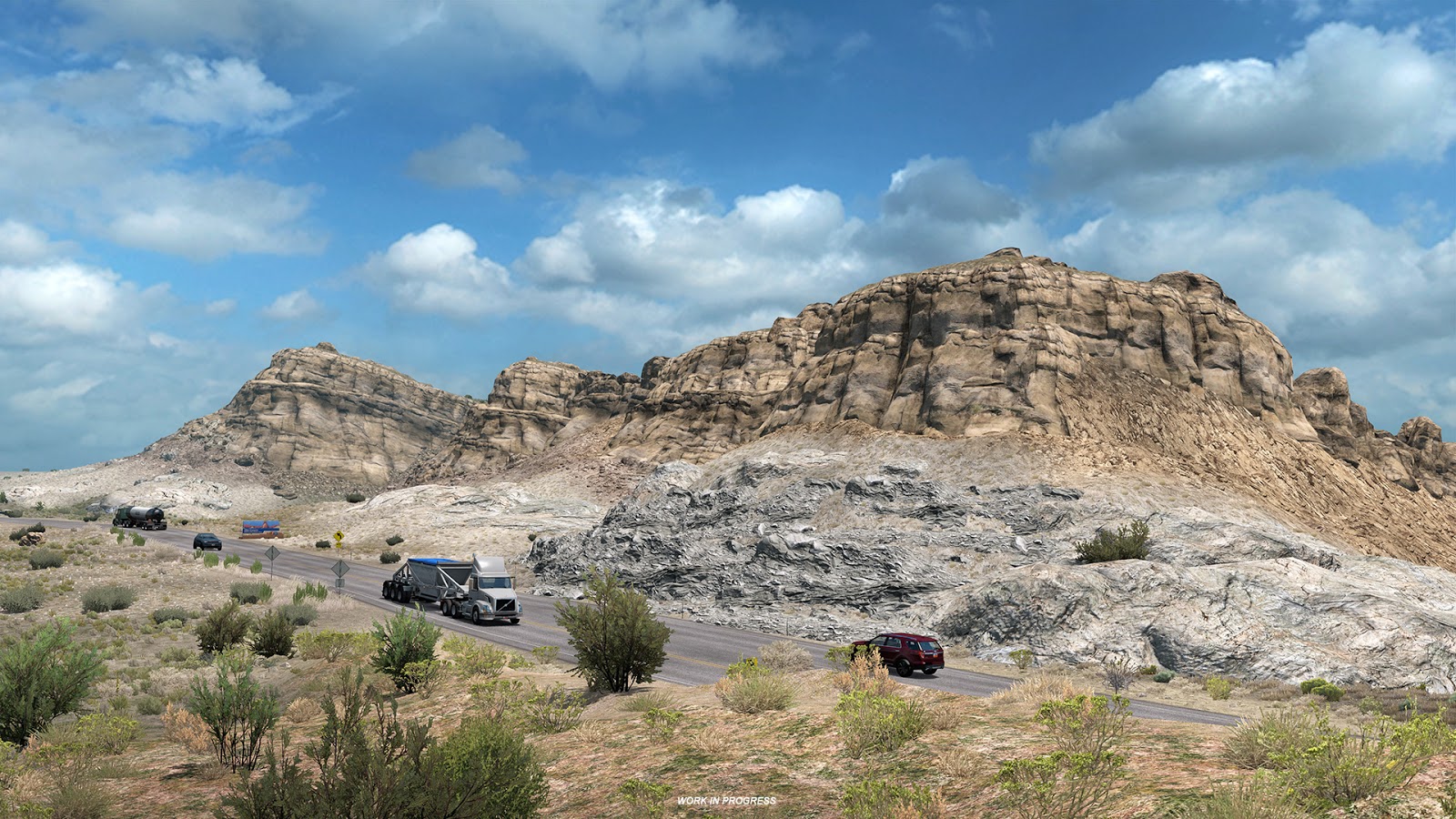 Is American Truck Simulator – Utah worth your time? If you already have the American Truck Simulator base game, then you might as well want to give it a try and see the new locations. There are no new trucks in the DLC, which is a bit of a bummer. But the overall size of this place is huge, and they have a lot of fidelity when it comes to the local economy. Overall, it’s a decent DLC that gives you more to do in your favorite game. If you enjoy American Truck Simulator, then the Utah DLC is a must. If you are new, you may want to get the base game first and then move on the DLCs including this one!

This review is based on the PC version of the game. A review copy was provided to us by SCS Software.